You are here: Home / Commentary / The Epidemiology of Viral Videos

Much (virtual) ink has been spilled in praise and criticism of the phenomenon of viral videos that continue to sweep the Internet. Given the numbers involved, it is no surprise that marketers were quick to get in on the act. Companies eager to pitch potential buyers are eager to do whatever they can to make their message “go viral”, often by creating witty, amusing, and just plain odd video content to entertain the masses. An entire industry has sprung up to “seed” online communities with these videos, provide the tools to share them, and kick off an epidemic. But what do these “social media experts” really know about epidemiology? 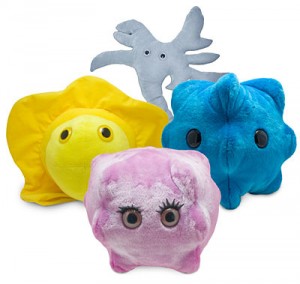 We humans are surrounded by viruses, bacteria, fungi, and other bugs (let’s annoy virologists and call them “germs”) on a daily basis, but only a very few make us sick. Similarly, online sites like YouTube are packed with videos, with more uploaded every day, yet only a few are viewed much. One factor in both cases is the inherent quality of the “bug”. Biological “germs” are effective only in specific environments. Most YouTube videos aren’t worth watching.

So the first hurdle to starting an outbreak is to create something potentially infectious. Marketers like to fall back on the easy winners: Talking animals, cute babies, slapstick humor, celebrity appearances, popular songs, and the rest. A good potentially-viral video is like a good joke: It has to have a setup that pulls you in and a punchline that delivers. Most “viral videos” meet this definition, either by careful planning or serendipitous accident.

Many corporate videos fail at this stage, with no potential to “go viral” from the start. Most are stoic and straight, inspiring little interest except for their intrinsic message. Too many contain lame attempts at humor or slapstick that come off as embarrassing or even insulting to the target audience – see Tom P’s excellent piece, Make ‘Em Laugh! But Be Careful… No video will gather many views unless it is compelling.

But not all infectious agents cause an epidemic, just like most “viral content” languishes with very few viewers. People must act for infections to spread. Biological agents have developed amazing mechanisms to spread between hosts, enticing them to act and riding along as they move. The proliferation of “share this” buttons in the online world is just one of many mechanisms intended to spread content to others. Just like natural “germs”, marketers have tried to make it as easy as possible for viral content to be shared.

Transmission is often dependent on the amount of work the host has to do: The easier it is to transmit a disease, the more likely it is to spread. One tactic employed by many (including Sharethrough) is the “seeded tweet”. A user watches a funny video or reads an amusing article and clicks “Share this”. The site then generates a canned Twitter message, complete with a description and shortened link, and even opens Twitter in their web browser. All the user has to to is press “Tweet” and the comment, link and all, is broadcast for their followers to see. Some sites, like myYearbook, make this simple, allowing marketers to embed their own suggested tweets, while others, like Facebook, contain sharing within their walled gardens.

Effective transmission mechanisms should also enhance uptake in potential targets for infection. Taking another clue from biological agents, marketers try to make these messages as enticing as possible. Research has shown that the effectiveness of a headline has a great impact on viewership. This is why, for example, Sharethrough’s message on behalf of EMC was “CHiPs Erik Estrada in Speeding Ticket FAIL” rather than something more descriptive like “YouTube speeding-ticket video touting EMC’s 20% guarantee”. Their chosen message includes nostalgia (CHiPs), celebrity (Erik Estrada), real-life (speeding ticket) and Internet meme (FAIL) – a veritable link-bait jackpot!

A virus or video that is infectious and presented with a transmission mechanism might never spread without a susceptible host present. A tree fungus won’t get far in the desert, regardless of its inherent quality and constant winds to spread it. Similarly, a hilarious video advertising baseball equipment wouldn’t be very effective in countries where soccer is dominant. It might spread, but the intended result, the sale of bats and balls, would not be attained.

This is where conventional advertisements so often fail. How many of us have catchy jingles memorized but never buy the product featured? I’m sure most of us can name a whole range of luxury cars, soft drinks, children’s’ breakfast cereals, and feminine products that we would never consider purchasing. The infectious agent reached us but we were simply not susceptible to it.

Unlike the biological world, where a virus doesn’t “care” which type of host it infects, marketing is all about targeting potential customers. Children loved the frogs and dogs used by Budweiser to advertise their beer, but (hopefully) were not much of an influence on beer-selection decisions. This is doubly troubling to the business-to-business marketing professional. Potential buyers are few and far between, and successful campaigns will result in many puzzled non-buyers for every interested prospect!

Advertising, like biology, is naturally limited by the effort involved in spreading an agent. Ad buyers must carefully weigh the cost of placing a spot against the potential reward of generating a sale, knowing full well that they will miss their target some percent of the time. This cost/benefit analysis plays out constantly, with general-audience products (soft drinks, snack foods, and the like) featured widely and vertical solutions (enterprise storage arrays) often consigned to specialized outlets.

Yet, odd pairings often make sense. Advertisers learned long ago that middle-age women and young children often watch television together, resulting in cross-polination of ad content between cartoons and soap operas. And sometimes it makes sense to cast an extremely wide net in hopes of catching one or two very big fish, explaining ads for web hosting and other business products during sporting events and at airports. Although most viewers will scratch their heads, a few potential buyers offset the cost. Another factor to consider is that public companies have a secondary product to sell to a broader audience: Their stock. While their ads are primarily intended as an appeal for sales, they also serve to demonstrate to the general public that they are successful companies worth investing in.

Although assessing the motives of an advertiser may seem difficult, it is actually exceedingly simple. Rest assured that the buyer performed a cost/benefit analysis and determined that the value of that particular placement exceeded its cost. Their analysis may prove incorrect, but their motives are simple.