You are here: Home / Archives for News

When Gestalt IT was created, back in 2008, we recognized the fundamental interconnectedness of modern IT systems. “Gestalt” refers to the idea that systems should be viewed as a whole, not as a simple collection of components. That same approach led us to creating Tech Field Day in 2009 and bringing in a range of IT experts and companies from networking, servers, storage, and applications. 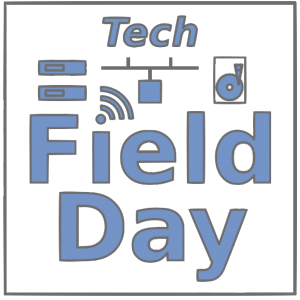 All of our original Tech Field Day events were “gestalt” in that they were about IT infrastructure as a whole. But a funny thing happened next: Companies and delegates began asking for more-focused events. These started with Networking Field Day 1 that September, with Wireless Field Day 1 scheduled the next year and Virtualization Field Day and Storage Field Day series beginning soon after.

In many ways, Virtualization Field Day took over where Tech Field Day had started. VMware was the undisputed heart of the data center and the term, “Virtualization” clearly meant what the original “Tech” name never expressed: This was an event for the whole converged IT stack, with a focus on how everything served the compute cluster at the heart.

But IT has changed. Hyperscale, cloud, and container infrastructure is just as important as server virtualization today. We got to a point in 2015 where companies were reluctant to sign up for Virtualization Field Day because they worried it was all about VMware! How times have changed…

The Return of Tech Field Day

For 2016 we have decided to go back to our roots. We are re-launching the “gestalt” Tech Field Day event series in 2016!

Although there is no event called Virtualization Field Day in 2016, the meaning remains the same: Our Tech Field Day events examine the ways in which IT infrastructure components come together to support applications. We expect to see server, storage, compute, management, and many more topics besides.

Although we will likely focus an event on containers, the “new stack”, the cloud, and other emerging alternatives, we have decided to stick with Networking Field Day, Storage Field Day, and Wireless Field Day as well. These verticals deserve focus and they’re going to get it! And we’re even adding a Unified Communications Field Day event!

Check out the complete list of upcoming Tech Field Day events on our web site! We’re always happy to welcome new delegates and presenting companies, so let us know if you’re interested in joining the Tech Field Day family. After three years off, Tech Field Day has returned!

A few years back, we summarized the viewership of a few Tech Field Day events and were happy to report 90,000 video views. Now that 2014 is behind us, we wanted to revisit these numbers and see how things have changed. My, how we’ve grown!

Back in 2013, we recorded 90,000 views of the videos posted for the 14 full Tech Field Day events we had hosted through 2012. This number included both YouTube and Vimeo views but excluded non-presentation videos and other events. So 90,000 views was a very good number!

Added up, that totals an amazing 759,399 video views for 2010 through 2014! It sure sounds like our Tech Field Day content is appreciated and enjoyed by the IT folks who follow us!

Of course, statistics are only worth so much. We used to not post the video recordings of our sessions, and we believe Tech Field Day would be worth doing even without the videos. It’s really about the technical community and the experience for our presenting companies and independent delegates. Sharing knowledge is the most important element of what we do, and the videos are just one aspect of that.

But it’s nice to know that three quarters of a million views go along with it!

When I started Foskett Services three years ago, I wanted to do something special: Bring together a team of great people to organize and promote community in the enterprise IT space. Between Tech Field Day and Symposium events, industry Roundtables, and community-building for SolarWinds’ Thwack and Aruba’s Airheads, our business has grown dramatically over the years.

Claire Chaplais has been with me from the start, handling the organization and logistics behind the scenes, with Matt Simmons taking her place for a while in 2011. We always had more work than the two of us could handle. That’s why we’ve worked with fantastic contractors like PrimeImage Media, Scott D. Lowe, and others. But we finally reached the point where we needed additional resources full time.

Enter Tom Hollingsworth. Since attending his first Tech Field Day event in early 2011, Tom caught my eye with a combination of enthusiasm to build community, technical knowledge, and sincere concern for the people around him. He stepped up to help at later events, often before I even needed to ask for help, and was always ready to go the extra mile.

That’s why I’m thrilled to announce that, as of today, Tom is part of the Foskett Services team. He’ll be helping out with all sorts of activities, from GestaltIT.com to Tech Field Day to writing and speaking projects. He’s got the skills to do just about everything, and we intend to give him the opportunity to become “more”, as he so eloquently put it.

Foskett Services is working with SolarWinds to bring new energy into the thwack user forum. The newly created thwack Ambassador program brings key thought leaders to the website to share their insights and concerns. Each month, a new Ambassador will be assigned to a section of the forum.

“We are excited to be working with Foskett Services to provide direct communication with industry experts through the community,” says Michael Torok, Director of Community at SolarWinds. “We are growing the breadth of coverage in the community, stepping outside of our product-specific forum focus, and fostering discussions that affect our community. It only makes sense to turn to known industry bloggers to help us succeed in this mission to become a destination for all IT professionals.”

This unique approach to social media outreach was pioneered by SolarWinds and Foskett Services. By reaching out to Ambassadors, SolarWinds recognizes their importance and draws on their insight into the IT market. But the program does not require them to toe the company line: Ambassadors are free to share their honest opinions without interference. The only requirement is that they post a short, topical thought once a week.

Stephen Foskett, founder and principal at Foskett Services, has been recognized by Microsoft and VMware for outstanding contributions to the technical community. The companies today notified him that he has received the MVP and vExpert awards for 2011. This is Foskett’s fourth consecutive Microsoft MVP award, as well as his second VMware vExpert award in a row.

The Microsoft MVP award is given to “exceptional technical community leaders who actively share their high quality, real world expertise with others.” Foskett received his award in the area of File System Storage, which includes various storage-related technologies in Microsoft Windows and Windows Server. The Microsoft award recognizes those who “share a deep commitment to community and a willingness to help others.”

The VMware vExpert program similarly recognizes “contributions to the VMware, virtualization, and cloud computing communities.” Foskett previously received vExpert recognition in 2010. VMware uses this program “to communicate more closely, to share resources, and to offer other opportunities for greater interaction.”

Foskett Services Principal, Stephen Foskett, has been announced as a featured speaker at TechTarget’s Storage Decisions conference to be held in Chicago on June 21. Foskett will speak about data reduction for primary storage and storage virtualization at the general conference, and will present a special dinner session on managing data growth.

Stephen Foskett has been a featured speaker at TechTarget events since 2003, covering a wide variety of topics from enterprise storage to archiving and e–discovery. His sessions have received excellent reviews, and bring much real-world experience and humor to seemingly dry IT topics.

Learn more about our Seminar and Workshop development services

Registration for Storage Decisions Chicago is free but limited to qualified end-users. TechTarget will pick a select group of attendees to attend the Monday evening dinner session on managing data growth. Learn more about Foskett’s sessions at Fosketts.net and visit the TechTarget Storage Decisions site for more information on the conference.